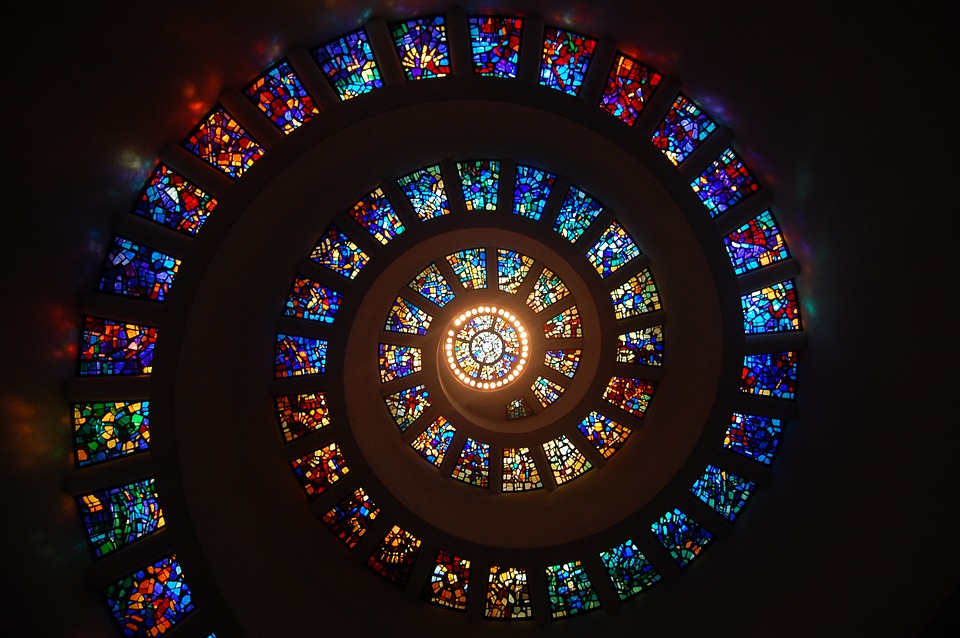 Huschke Mau’s speech at receiving a prize offered by the Einkraftstiftung in Mainz, Germany, at the Pfälzer Landtag (parliament) on Thursday, 4 April 2019. Translation: Inge Kleine

“Thank you for the warm eulogy and for the prize.

My name is Huschke Mau, I was, with interruptions, in prostitution for 10 years. As is the case with so many women and girls, I was sexually traumatised, in an economic emergency and had a man who introduced me into prostitution. In my case this man was a German police officer – my first pimp. I was in apartment brothels and in the escort form of prostitution.

Exiting took me a long time, several years. When I contacted an advocacy centre and asked for exit support, I was told: “The job is not the problem, this is a job like any other. But if YOU don’t want to do this any more, then just don’t go into the brothel anymore and you’re done.“ I never asked for help again.

For a long time I did not speak about what I had lived through in prostitution. When I left my apartment, I looked onto billboard-sized brothel adverts. When I ordered a taxi, I had to specify I wanted one that does not carry brothel adverts. When I read the papers, they spoke of “sex work“. It was like society telling me: “Prostitution is not the problem, that is all cool. You are the problem.“ The permanent confrontation with what can be done to me and to other women and girls silenced me for a long time.

2014 brought the last straw when I read in an interview with a brothel keeper that the only traumatising aspect of prostitution was the stigma. The punters were all handy-dandy and fine.

This made me write my first text “I’m sick and tired of you prostitution proponents“ (https://huschkemau.de/en/2016/11/29/im-sick-and-tired-of-you/ ) After only three days it had been translated into other languages. Since then I have been writing on, have held presentations and spoken on panels and have enlightened people on prostitution. Enlightened them about what really happens in prostitution. About the fact that legalisation only benefits brothel keepers and pimps, but not us, the women affected by prostitution. About the fact that we, the prostitutes, do not receive any exit support, but only fines. About the fact that nothing changes in this system, because even if one of us manages to achieve her exit, the next woman is drafted in on the spot, because prostitution is a profitable business – for the brothel keepers and the pimps. For us, those in prostitution, it is not profitable, we are left behind with posttraumatic stress disorder.

In January 2018 I foundet Netzwerk Ella (https://netzwerk-ella.de) We are an association of women who were in prostitution or still are. We agree that we have experienced violence and still experience it and we demand the Nordic Model. We urge society to look at us when it is about what punters do to prostituted women, and that they are to be made responsible for this. But society still doesn’t look closely at any of this.

Recently I was in Munich at a conference organised by Kofra. Two women from Netzwerk Ella, Malren and Sophie, attended the conference with me. When Sophie told the audience how she was groomed into prostitution by an older man, she was asked by a woman in the audience what was wrong with 14 year-old girls that they let themselves be chatted up and prostituted just like that. This upset me very much. The question is not what is wrong with the girls – the question is what is wrong with the men that they chat up a 14 year-old, abuse her and take her into prostitution, buy her there and sell her there. But it is not the men who are shamed, it is us, those affected by prostitution who are being shamed.

For four years now I have spoken to the media, politicians, authorities, and many, many people about prostitution. My aim is to create awareness of the problem, because prostitution does not happen “somewhere“, but right among us, and the only way to deal with it, in my view, is to introduce the Nordic, that is the Abolitionist Model.

We, the abolitionists, are not the first to have come to the conclusion that prostitution is contemptious of women and that shaming, controlling and punishing the women while letting the punters go is double morals.

Women in prostitution often don’t have a choice. We need other options, alternatives. Punters do have a choice. No one, no emergency, forces them to buy us and to abuse us. We need this change of perspective.

This prize recognises that for us, the women from prostitution, and I still define myself as such even though I am a postgraduate student now writing her dissertation, it is difficult and painful to speak about our trauma. That this costs us – sleep, serenity, strength, energy, a life without fear.

I was one of the first exited women to speak out. With Netzwerk Ella many more will follow. For as long as it takes for us no longer to be ignored.

Thank you for your attention.“